This week I caught a rumor in the making at my school. Fortunately, I was able to intervene with the truth before it got out of hand and became something it wasn’t.

It all started when I walked over to chat with a few junior high girls as they lounged near the school where a west wind whistled. I was wearing my usual garb for this time of year: two sweaters, a heavy coat, long underwear, thick pants, fuzzy gloves and a hat; since my primary concern was to stay warm.

The girls controlled their shivers while wearing their usual garb for this time of year: jeans, that were little more than patches of cloth held together with scattered threads, thin hoodies (carelessly undone) socks, and flip-flops; since their primary concern was to look good.

“Aren’t you cold?” I asked them through chattering teeth. Okay sure, maybe I feel the change in temperatures a little more keenly than other folks, but it was flippin’ freezing outside!

Questioning the truth of this statement I let them know it was -18 with the wind chill and told them they should dress more warmly. I hitched up my pant leg to show them what sensible people wear to stay warm when the temperatures plummet. They eyed the brightly coloured leggings I had revealed in stunned silence.

“You actually, like, have pants on, under your like, pants?” one finally asked, her face registering an interesting mixture of shock and alarm.

“Like, I think my grandpa calls this kind of thing—like, long johns,” said someone else. “That’s like, weird.”

“Like, who wears that?” whispered another girl to a friend.

Guess I was no different at that age (apart from the appalling over-use of the word like). I remember Dad forcing me to wear Stanfield’s thermal underwear all through school. Man, I hated them!

Anyway, this is where the ugly rumor comes into play. Later that same day I came around a corner in the school hallway to overhear a muffled conversation between two teens.

“Do you know what happened outside at like, recess today?” one asked in muted tones of disgust. “I heard that Mrs. Toews was out there showing people her, like…,” he paused for dramatic effect, “underwear! Can you believe it?”

“That’s sick,” said his friend, shaking his head in disbelief.

It was at this point that I bounded onto the scene with a cry of protest.

“Hey!” I yelled, startling them both out of a year’s growth. “You bet I was showing off my underwear – long underwear that is. Otherwise known as patterned leggings and perfectly acceptable articles of clothing. Wanna see ‘em?”

Lifting my pant leg once more, we all gazed at my ankle and the cheerfully checkered garment that had appeared.

Thank goodness I dispelled that nasty rumor before it took hold, and was able to stay warm in the bargain. A win-win situation for me. 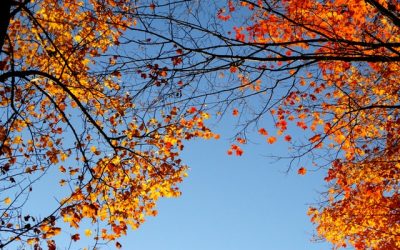